Morrisons’ stores at Five Ways, Croydon, and Caterham both organised a campaign recently to raise the profile of the Food Hub and other local food banks among their customers.

At Five Ways, Morrisons staff and Food Hub volunteers were on hand to encourage shoppers to take part in the “pick up packs” scheme while also challenging them to fill a parking space with donations of our August most-needed items.

Louise, the Food Hub’s Stock Controller, said afterwards: “Thank you very much to Tina, the Five Ways store’s Community Champion and her colleagues who set up the day. We had many conversations with customers interested to find out more about our work, and we ended up taking a full car load of donations back to the Food Hub.

“In addition, many thanks to Jackie, the Community Champion at Morrisons Caterham, and everyone there for organising a similar opportunity for shoppers to give their support…and to our wonderful volunteer Bill who represented us on the day.

“We are so grateful to all of the supermarkets which support us by having collection points in their stores, such as Sainsbury’s Local Purley, Sainsbury’s Warlingham and Waitrose Sanderstead. And not forgetting the stalwart volunteers who every week pick up and deliver the donations to the Food Hub.”

Pictured are Tina and Louise with Paula (right), one of our Monday sorters, and her children Ethan and Elena. They were joined in the photo by a gentleman who was one of the many shoppers who donated food on the day. Our volunteers Fiona and Kate also kindly collected later. 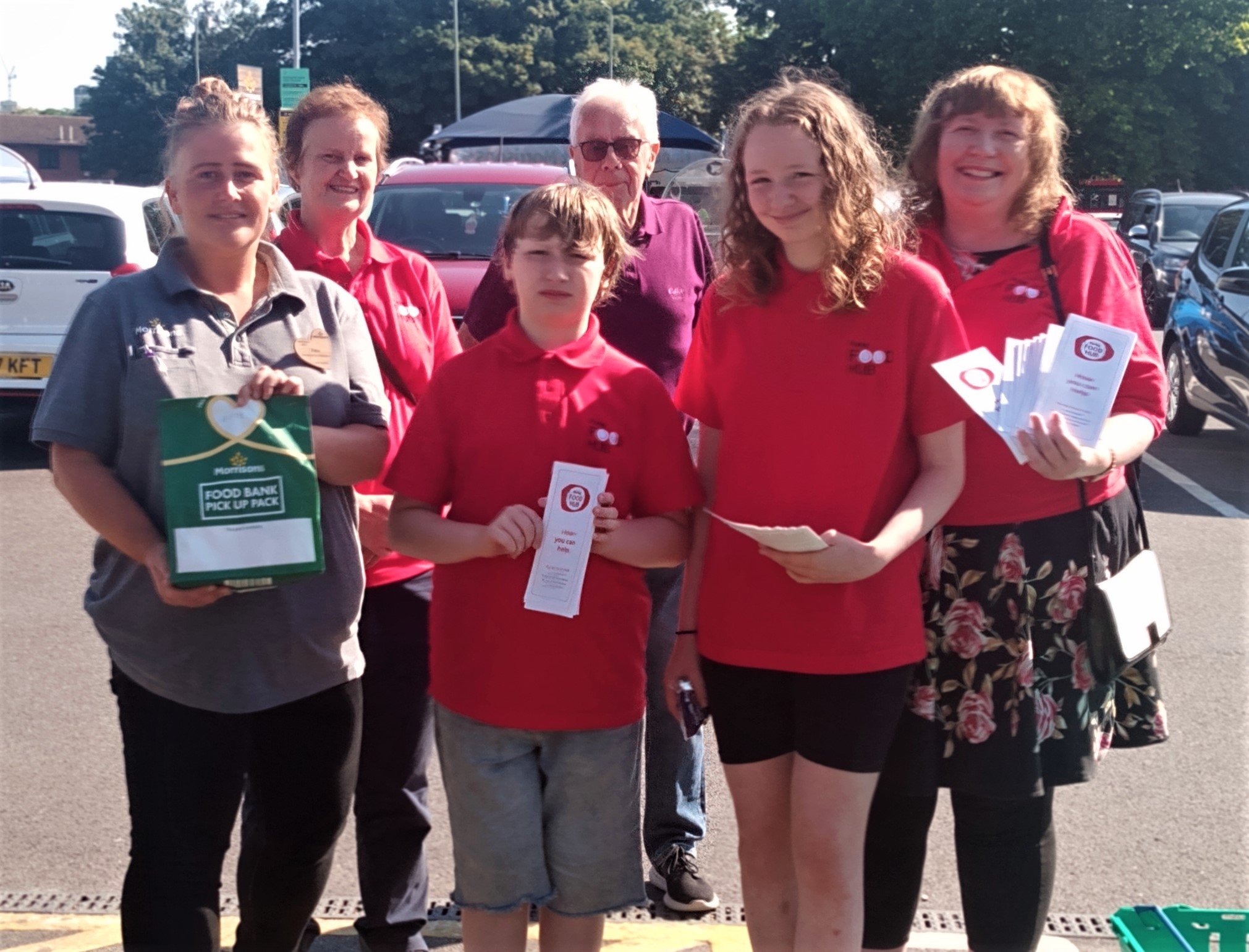