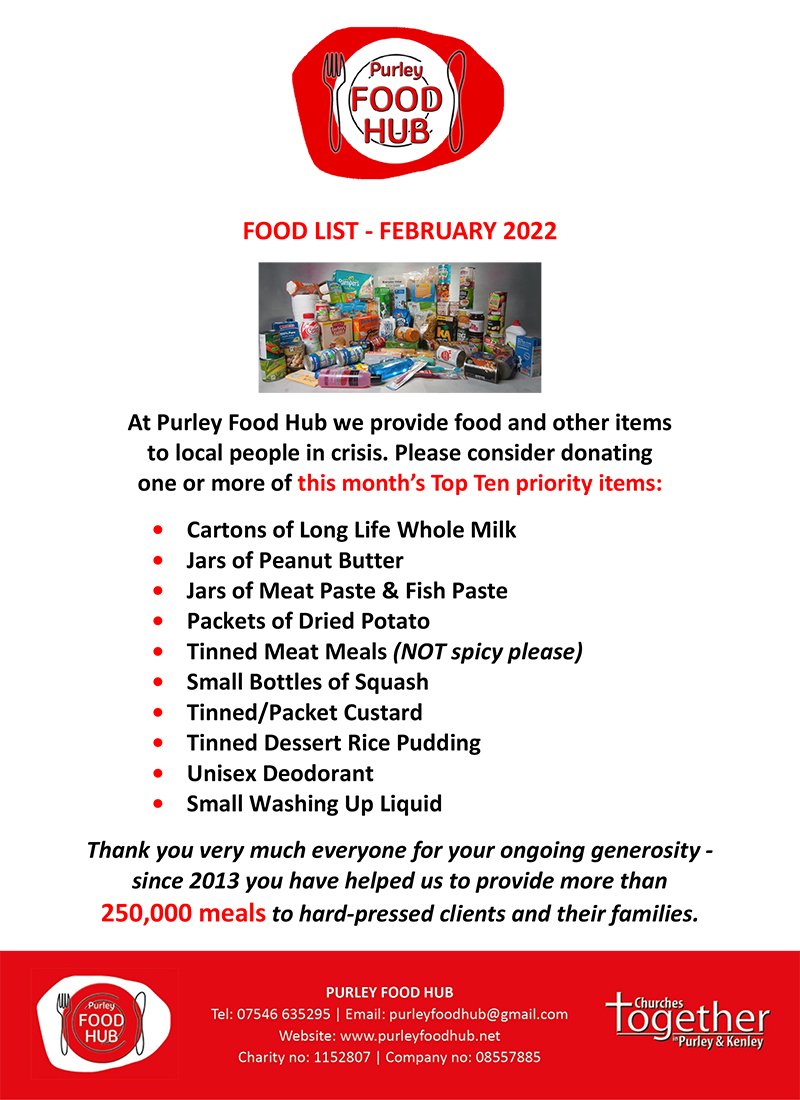 Thank you to everyone who responded so massively to our urgent appeal in January for long life whole milk, sugar, peanut butter, tinned meat meals and packet soup.

At the time we were giving out more than 150 cartons of milk a week and our stocks were severely depleted. But the response was magnificent and immediate, with 579 milk cartons donated by January 31. There were big donations too of the other items that we urgently needed.

During the month you helped us provide food for over 4,500 meals delivered to hard-pressed clients and their families – our second busiest January on record, when we also passed 250,000 meals overall since 2013.

Donations can be brought please to Purley United Reformed Church (next to Purley Hospital) on Monday, Wednesday and Saturday mornings 9.00am – 12.00midday. In addition they can be left at any of our in-store or roadside collection points in Purley, South Croydon and Coulsdon – full details on the map below. 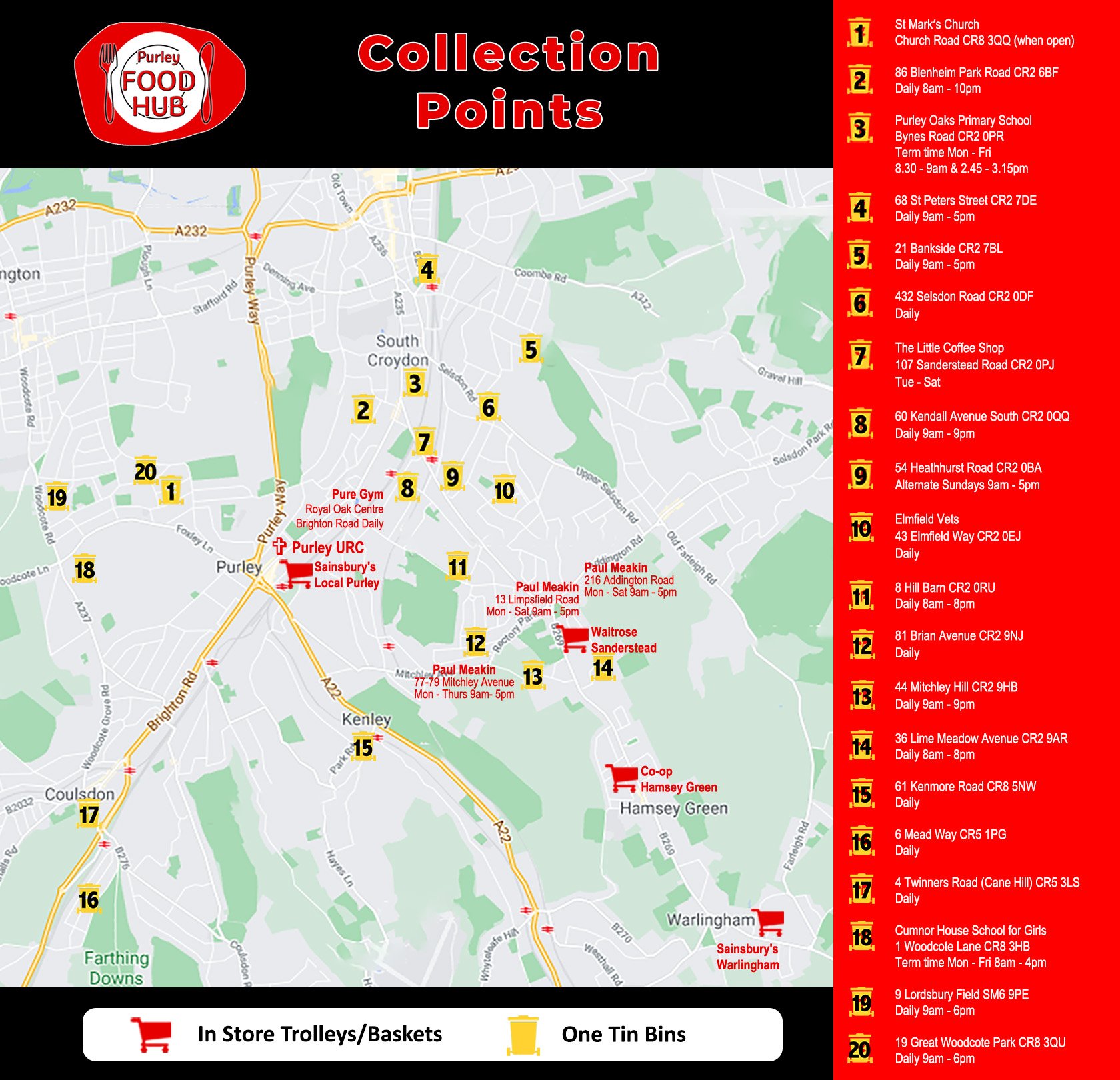