Nearly 2,000 meals delivered as supporters rally round to help families in crisis.

Huge thanks to all our donors, supporters and friends who contributed to an absolutely amazing amount of food donations received from groups and organisations, schools, churches and individuals in November.

You helped us to provide nearly 2,000 meals to 220 clients and family members during the month. We also supplied food to the Purley and Monks Hill Food Stops as well as to Croydon Nightwatch and The Link.

Among a host of generous donations were those from uniformed groups such as Beavers, Cubs and Scouts and Rainbows, Brownies and Guides, and also from organisations like Rotary (Coulsdon Manor, Purley and Sanderstead & Selsdon), WI (Kenley Flyers and Old Coulsdon Cupcakes) and Purley Inner Wheel.

Collection points at local supermarkets need regular emptying, so thank you to those who place donations in these baskets and the individuals who bring the food (often a full car load!) to us, often on a weekly basis.

There are also 19 yellow wheelie bins across South Croydon, Sanderstead, Purley and Coulsdon provided by Croydon Covid-19 Mutual Aid as part of their One Tin Bin Initiative. A special thank you to those people who host the bins and bring the donations to the Food Hub.

This Christmas may be particularly difficult for many of our clients, with rising energy and food prices and the recent loss of the Universal Credit uplift.

So, as always, on behalf of our clients and their families we are very thankful indeed for every donation we receive. Your continued support is massively appreciated and makes a real difference to local people in crisis. 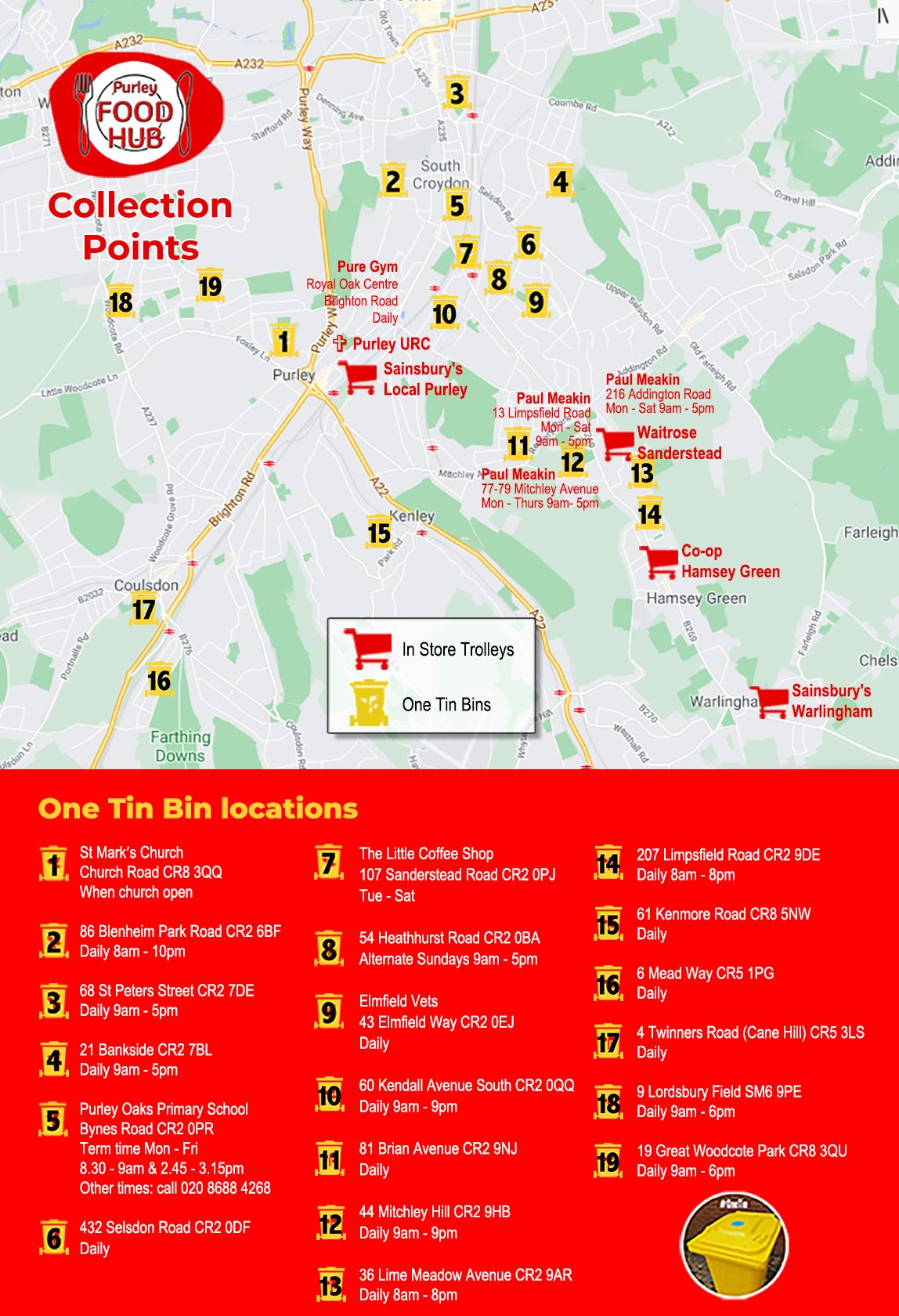